Back to all posts

The hip-hop community is in mourning today as news spreads of the sudden passing of LA-based rap star, Nipsey Hussle.

The 33-year-old Grammy-nominated rapper, born Ermias Davidson Asghedom, was killed in a shooting outside his clothing store in Los Angeles on Sunday afternoon, multiple sources have confirmed. Two other men were shot, and a suspect is still on the loose at the time of this writing.

Los Angeles police Lt. Chris Martinez stated that Hussle was shot multiple times in the parking lot of his The Marathon Clothing store on West Slauson Avenue in South Los Angeles at roughly 3:30 p.m. He was rushed to the hospital where he was pronounced dead.

[Canadian artists and producers react to the death of Nipsey Hussle]

Nipsey had been building up his name in the LA scene for a minute before his Kris Kross-sampled 2010-hit, “Hussle in the House” took his buzz to a whole new level internationally. He drew comparisons to Snoop Dogg and was seen by many as the new face of West Coast gangsta rap. His most recent was release was the Roddy Ricch and Hit-Boy-assisted single, “Racks In The Middle.”

The mainstream got a better look at him in 2013 after garnering media coverage from releasing hard copies of his Crenshaw album for $100. While some were skeptical of the move, JAY-Z silenced the naysayers by sending Nipsey a cheque for $10,000 and grabbing 100 copies.

The Slauson Ave. rapper had some Canadian collaborations under his belt including “Killer” with Drake (2009), “California Water” with Big Lean (2015), and more recently “Double Up” with Belly (2018). Both singles have been streamed more than 10 million times on Spotify. “Double Up,” which also features Dom Kennedy, was nominated for Best Rap Album at this year’s Grammy Awards.

Both Drake and Belly have made brief statements online regarding Nipsey’s passing. Drake posted this message on Instagram:

“Fuck. My whole energy is just at a low right now hearing this. We just linked for the first time in years and said we were gonna do a new song this summer cause it had been too long. You were having the best run and I was so happy watching from distance fam nobody ever talks down on your name you were a real one to your people and to the rest of us. I’m only doing this here cause I want the world to know I saw you as a man of respect and a don. Rest easy my g.”

Belly commented on Twitter with a couple of tweets including: “Rest in paradise Nip.”

670 people are talking about this

The All Money In rapper also worked with several Canadian producers including Murda Beatzand Soundsmith Productions.

“Rest Up Nip.. First Artist I Worked With When I Got To LA That’s When We Made Grinding All My Life 4 Years Ago.. LA Won’t Be The Same..” 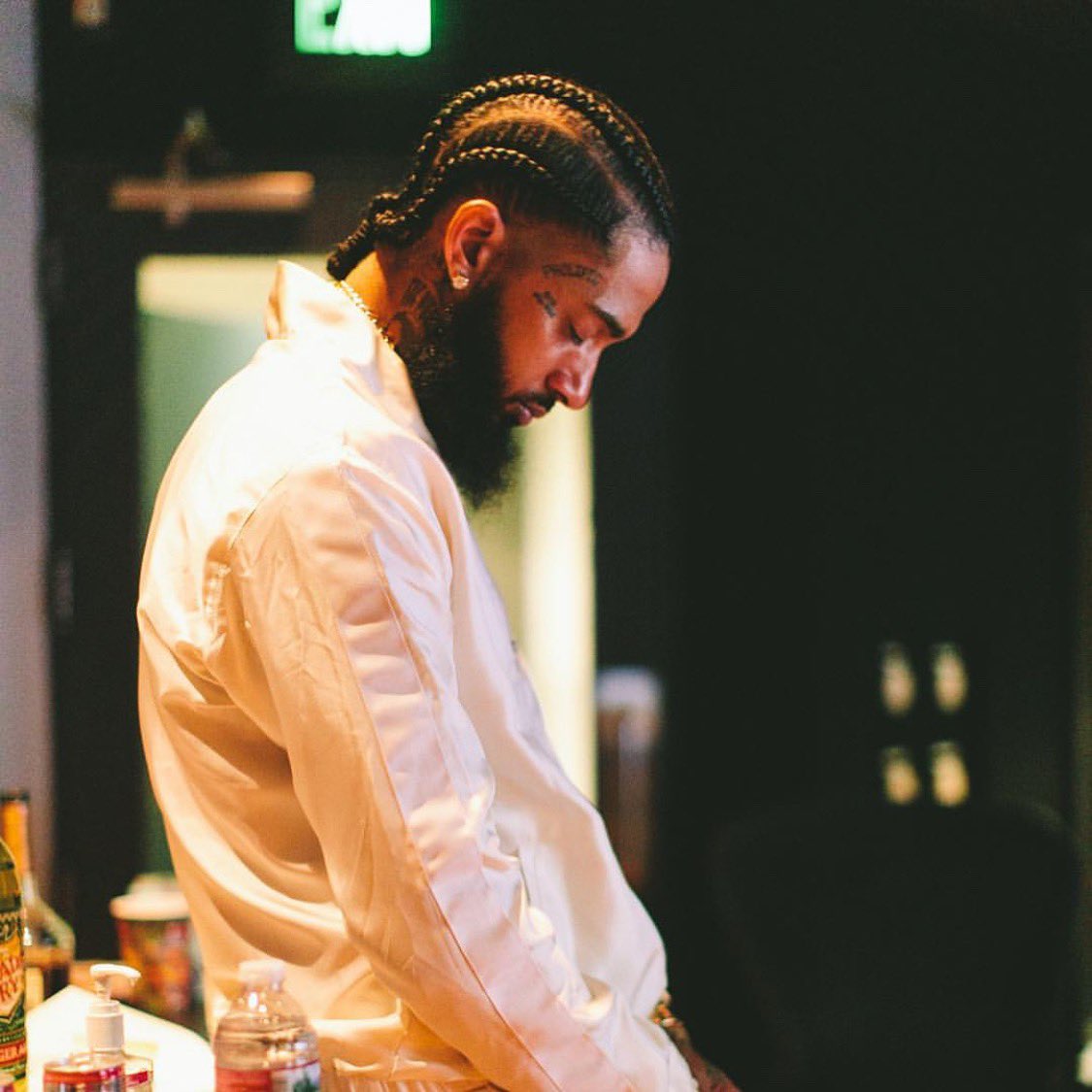 MURDA ON THE BEAT

Rest Up Nip.. First Artist I Worked With When I Got To LA That’s When We Made Grinding All My Life 4 Years Ago.. LA Won’t Be The Same..

Mac from Soundsmith also tweeted a few tines in response to the news, including:

“I can’t believe this shxt. @NipseyHussle Tha Great. Your name will live forever!”

I can’t believe this shxt. @NipseyHussle Tha Great. Your name will live forever!

Since finding success in the music game, Nipsey has taken various steps to give back to the community and founded various programs to help give certain initiatives a leg up. He helped launch a co-working space and cultural hub, Vector 90, with includes a STEM center on the second level (in collaboration with Los Angeles real estate developer Dave Gross). It’s located in the heart of South Central LA, and features 4,700 square feet, hyper-modern industrial-style office space.

Nipsey’s passing has already had a noticeable impact on the music community, with fans and fellow artists alike taking to social media to mourn the loss. Whether you were a fan of his work or not, his impact on the West Coast scene is undeniable and he’ll remembered among the greats when people speak of his legacy.